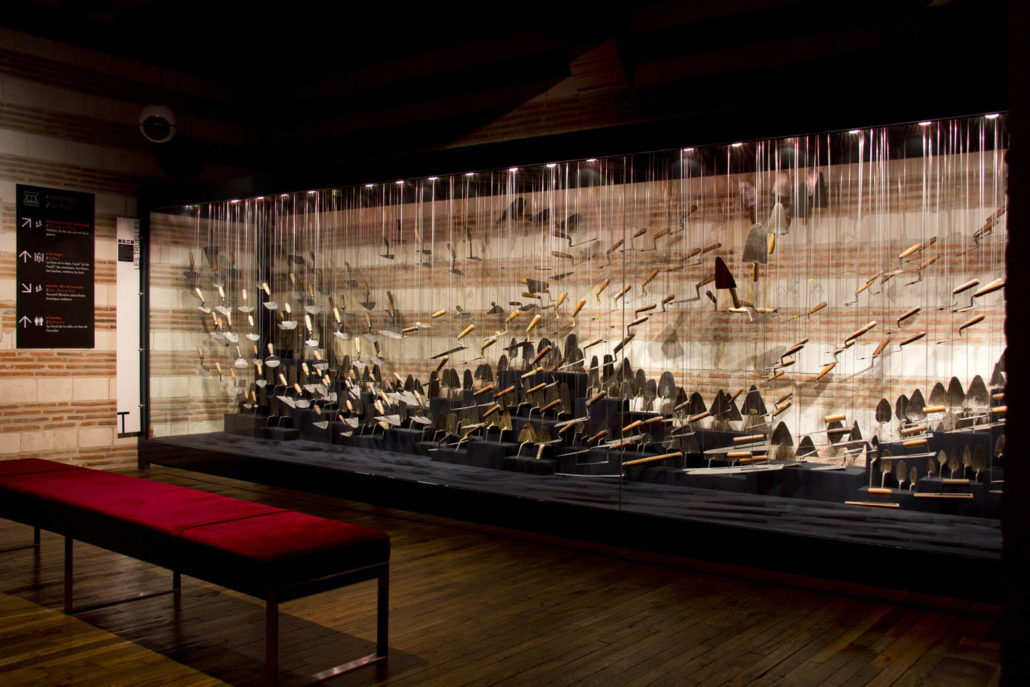 There are several ways through which the  mechanologists engaged with the production of visual material in the 1960s and 1970s. Philosopher of technology Gilbert Simondon was a notorious draughtsman and he accompanied much of his theories by hand-drawn sketches. A friend of Le Moyne, Jesuit Paul Feller also published in 1970 L’outil: dialogue de l’homme avec la matière. It consisted of photographs of tools he had collected for his museum in Troyes, France. Jean Le Moyne collected postcards of tramways and steam engines. Visual material thus played various roles in theorizing the place of machines in society. For Simondon, Le Moyne and  Feller, visual representations of machines were pedagogical in nature. They offered ways to engage with (and for Le Moyne, who was fond of Bachelard’s rêveries, to be touched by) machines in a way which allowed contemplation. While the technical drawings required for patents letters, going back to the 18th century, and those of encyclopedias were means of representing machines in a functional and neutral way, the visual representations of the mechanologists broke with the requirement of mimesis and representative faithfulness. To the contrary, they poetized the machine and situate it within a realm of moral values.

For Jesuit Father Paul Feller, in particular, the poeticization of machines held a clear anchor in his religious beliefs. In the Catholic doctrine, Feller noted in a correspondance to his friend Le Moyne, the apprenticeship of arts and techniques of tools was a way to pass on and safeguard high moral standards. Joseph himself, he said, was Joseph the Carpenter, a Tekton, a builder. From such a theological perspective, tools and machines “may” serve to foster morals when and if put to the greater good. Feller’s beautiful book, as well as the museum dedicated to tools was just such an attempt to reconcile, mostly through visual contemplation, tools and faith.